Phosphate Natural Mineral Resources In Nigeria And Its Uses

Phosphate Mineral Deposits - Africa has a wide range of phosphate minerals which are highly concentrated in Phosphate rocks and is found in Nigeria and the states that have the deposits include Sokoto, Abia, Imo, Edo, Anambra, and Ogun states.

It occurs in igneous and metamorphic rocks as a phosphate mineral such as fluorapatite Ca5F (PO4)3, the deposits of Sokoto phosphate beds extend southward to the Niger Republic where it is also deposited along the coastline. 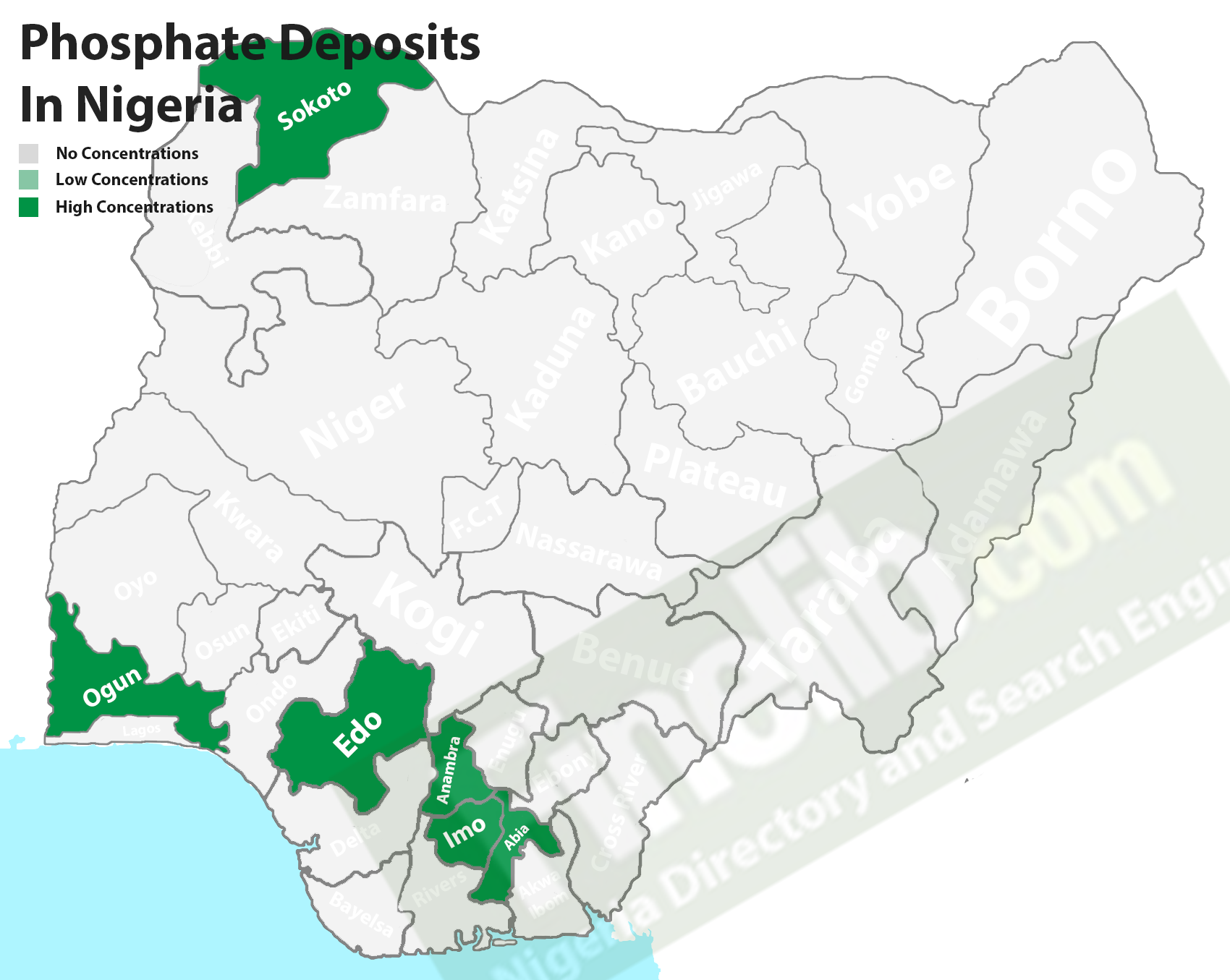 Phosphate is located in group 15 (non-metal) of the periodic table, it has a symbol of (P), a melting point of 100° C, and a boiling point is 204° C. Phosphate is the principal source of phosphorus which doesn’t occur freely in nature. It can be located in many phosphate minerals.

Phosphate is divided into organic and inorganic;

Organic Phosphate results from the esterification of phosphoric acid and is used in biochemistry and biogeochemistry while;

Inorganic Phosphates occur naturally as rocks, otherwise called phosphate rock, the phosphate rocks such as clay are mined to get phosphorus which is purified to separate phosphorus in the form of phosphoric acid from other impurities, it is then reacted with alkaline salts to produce purified phosphates.

Phosphate has many wide benefits in Africa and global agriculture and because of this reason, it has been imported to Nigeria as it is of great demand by farmers. Even though it can be found in Nigeria but adequate measures have not been put in place for the mining and processing of phosphate in the country.

Magnesium can be found in Nigeria but in fewer locations unlike some African countries with vast deposits, it is one of the mineral resources that occur in nature in combination with other minerals. It is deposited...