Tantalite (Fe, Mn)Ta2O6 Natural Deposits In Nigeria And Its Extraction

Tantalite Ore Mineral Deposits - Nigeria which is situated in the Western part of Africa has a significant and excellent deposit of tantalite, which is world-class and is vastly deposited mostly in the northern parts of Nigeria, some of these deposits have been mined and some though discovered and in huge deposits have remained untouched.

It can be found in some states in Nigeria in traces, small and huge deposits such as; Nasarawa, Kogi, Osun, Ekiti, Kwara, and Cross Rivers. 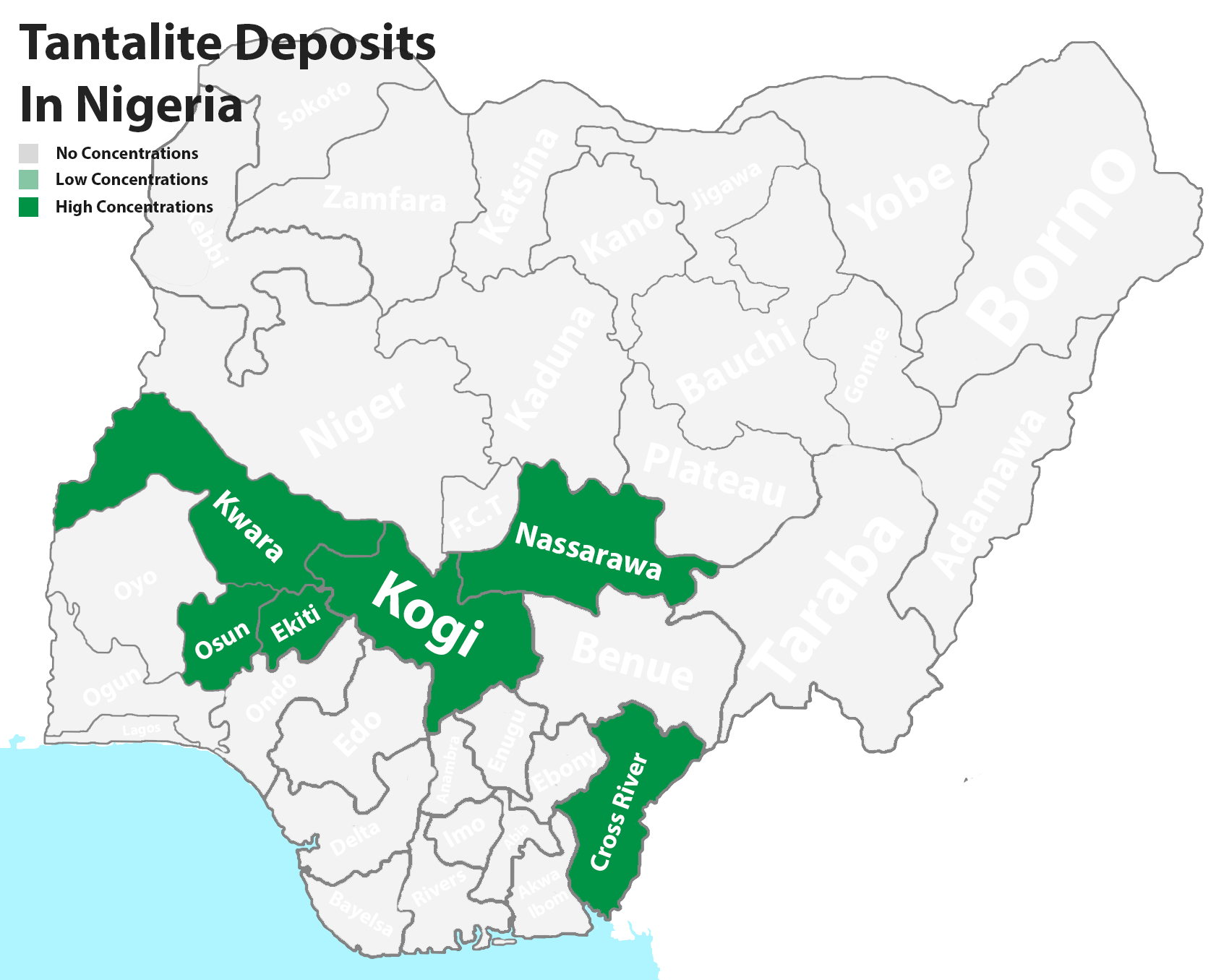 Tantalite is characterized as a black or brown mineral and is of 2 forms such as;

Tantalite and columbite have similar mineral structures, their chemical characteristics are similar which is why they are mostly grouped as a semi-singular mineral otherwise known as coltan or "columbite-tantalite".

Irrespective of their similarities, they have a slight difference in terms of color, transparency, streak, and specific gravity, while the specific gravity of tantalite is >8.0 that of columbite is 5.2.

To extract tantalum from tantalite at the mine site, the mineral is first crushed and concentrated using conventional and centrifugal gravity separation, magnetic separation, and advanced flotation before further processing.

It may not be surprising to know that there is a number of Tantalite mining companies in Nigeria and Africa, but to make the mineral resources more beneficial to the people and the country at large, it is necessary that the government should take adequate measures in respect to the mining operations of this mineral.

Chalcopyrite is one of the few natural minerals found in Nigeria that are not richly deposited in the country, and in Africa, it can also be found in Zambia and South Africa. Chalcopyrite deposit in the...