Generally, Africa produces but just 6.5 percent of the world’s maize consumption with Nigeria being the largest African producer seconded by South Africa; It is widely grown all over the country but the highest production is from Niger, Kaduna, Taraba, Plateau, and Adamawa. 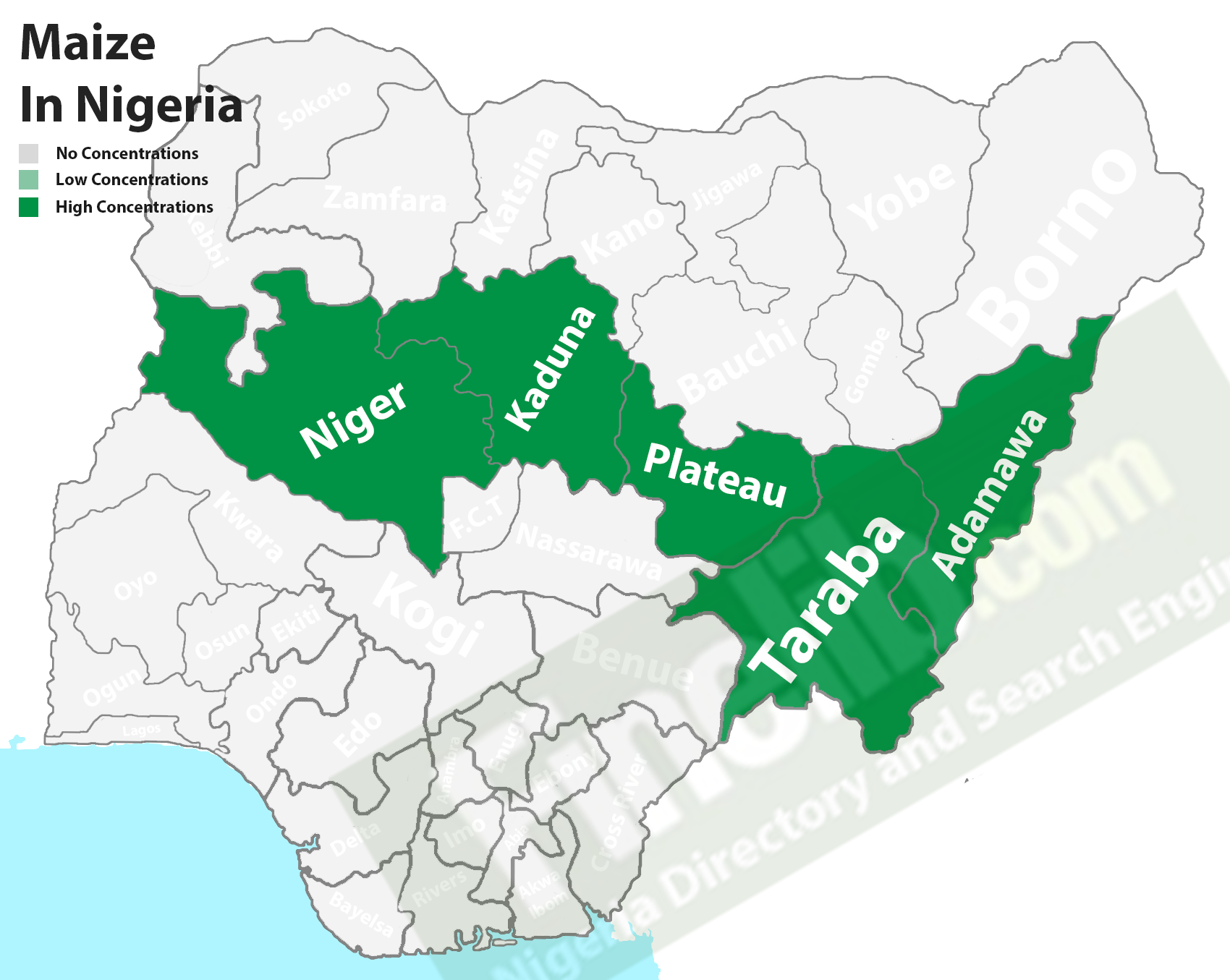 It can be commercially or domestically cultivated, and its root system is basically shallow but it is very sensitive to drought as there have been records of periodic drought which has caused series of maize crop failure and even famine in Nigeria and some African countries.

Maize is a dominant food crop in Nigeria and Africa that grows well in heat and fairly well in other climates such as non tropical areas, and is rich in vitamins E, A, and C, protein, essential minerals and carbohydrates.

It’s a good source of energy because of its calories. Maize is a cereal crop which is mostly yellow and white in colour with a botanical name of Zea mays and is also popularly called corn.

It is widely grown globally for its range of uses and is of different types namely:

1.    Dent corn (Zea mays indenata):  is commonly called field corn and is either white or yellow in colour. It is mostly used in the making of processed foods, industrial products and also as a livestock feed.

2.    Flour (Zea mays amylacea): this type of corn is basically white and can occur in other rare colours like blue, it is easily grounded because of its soft starch-filled kernel and as the name implies can be used in bakeries.

3.    Flint (Zea mays indurata): is popularly called Indian corn with white or red colour, it has the same application as dent corn but its kernel and the outer shell is hard.

4.    Popcorn (Zea mays everta): like flint corn, popcorn has a soft starchy kernel with a hard exterior shell. It is the primary ingredient in popcorn making, it has the ability to explodes into a white starchy mass when heated to a certain degree.

5.    Sweet (Zea saccharata or Zea rugosa): this is referred to as “sweet” because of it contains more natural sugars than other types of corn. It is commonly found in Nigeria and other West African countries, it is normally boiled and eaten on the cob and can be also be canned when dried for future use.

The Main Yam Producing States In Nigeria And Its Numerous Uses

Nigeria, West Africa produces yam in vast quantity and is accounting for about 70% of the world's total yam production, and because of this, it is the termed the largest producers of yams globally followed by Côte d'Ivoire and Ghana...