Groundnut Producing States In Nigeria And Its Commerical Uses

Groundnut is mainly grown in the northern part of Nigeria, West Africa in large quantities compared to other regions of the country. The below-listed states account for about 83-88% of the production, and they are; Kano, Kaduna, Taraba, Bauchi, Bornu, and Adamawa.

Groundnut which is sometimes called Peanut has a botanical name of Arachis hypogaea, it is one of the major crops grown in Nigeria especially in the northern part either for its nut, oil or its stem. 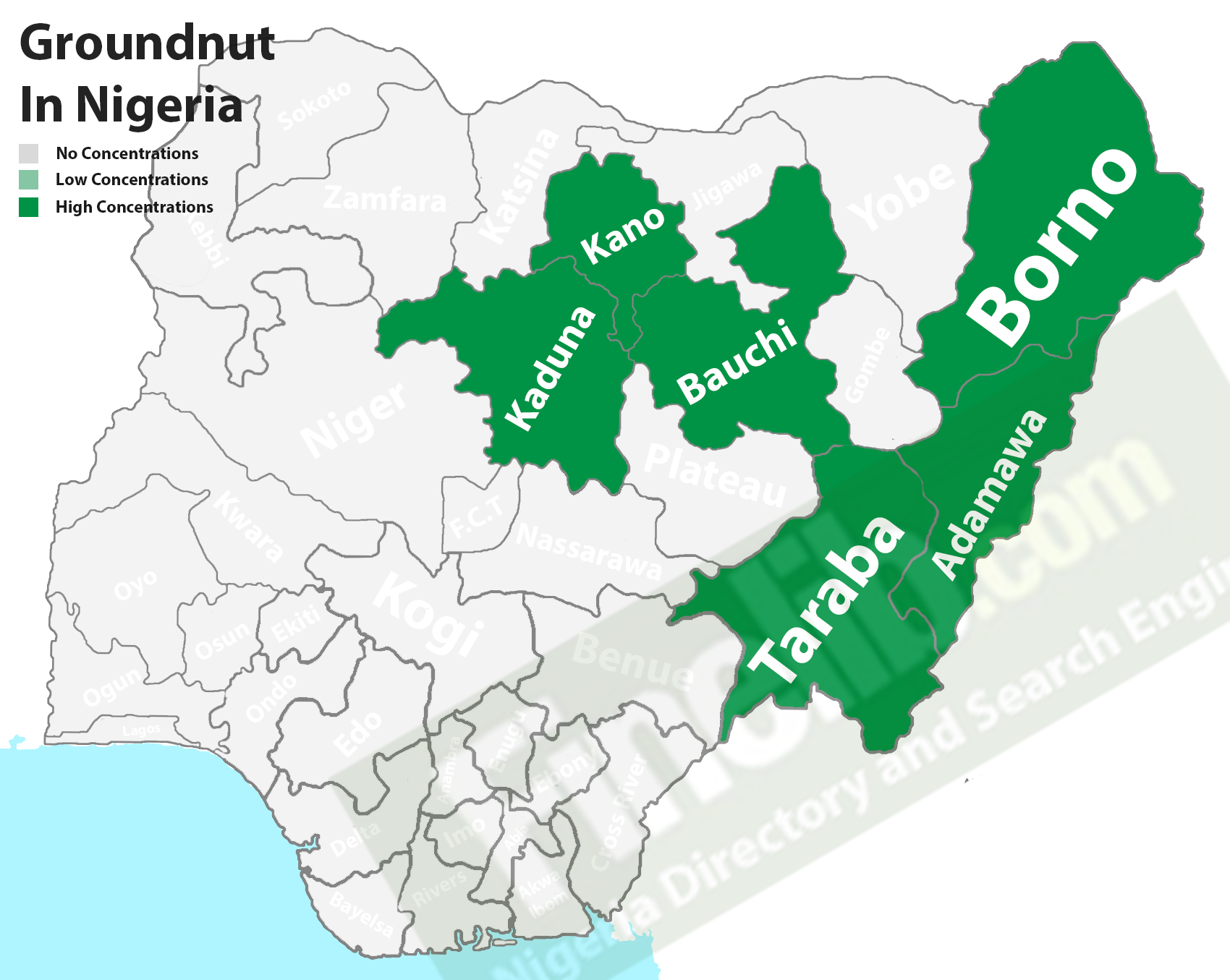 In the early 1900s, Nigeria was one of the major exporting countries with Kano as the major producing area and was ranked the 4th in groundnut production globally.

And due to massive production of the crop, it usually was stacked in pyramid-like structures made from numerous groundnut sacks. It was viewed then as both a tourist attraction and a symbol of wealth.

During the 1900s when Nigeria was the among the top producers of groundnuts in the world and the largest producer in Africa, the cash crop was very yielding, as it was largely exported to other countries owing to its health benefits and numerous purposes.

Currently, Nigeria is still the leader in groundnut production in Africa but ranks 3rd after China and India globally.

The cultivation of groundnuts is quite easy and can be done either in the home garden or farms; for a groundnut or peanut to grow into maturity, it about 4 to 5 months including the planting period.

Groundnuts are legumes and grows like one; instead of growing on a tree its pods grows underground irrespective of the fact that its flowers grow above the ground.

To grow groundnuts; you have to;

The harvesting of groundnuts is properly done by digging into the ground to make sure that all the nuts or pods are collected.

Groundnuts in Nigeria are grown in commercial quantities mostly for the extraction of their oil which is used in cooking, for biodiesel fuel, laxatives, dye, shampoo, insecticide, explosives and glue, the cake which is the by-product of the oil extracted nut is used as an animal feed and also in the production of peanut flour.

Apart from extracting the oil content of the nuts, the nut is also commonly used as a snack and can be boiled, roasted, fried or crushed into candies, nkate cake, and kuli-kuli. Most times it is also used in place of Egusi to make a soup called “groundnut soup”, especially when dried and grounded.

Globally, groundnuts are one of the most recognized food crops, it is considered to be the 13th most global vital food crop and the 4th most important source of edible oil.

Rubber is one of the agricultural products (cash crop) that Nigeria, West Africa has been known for. The major rubber producing states in Nigeria comes from the southern part of the country, where high rainfall are...

Beans Producing States In Nigeria And Its Various Types

Beans is one of the most popular and staple foods in Africa, especially in Nigeria and the 4th most consumed after cassava, yam, and rice, more of brown beans than black-eyed beans are abundantly cultivated by the majority of...