Not only is Nigeria the largest producer of Gum Arabic in West Africa, it is also the third largest world producer and exporter after Sudan and Chad. 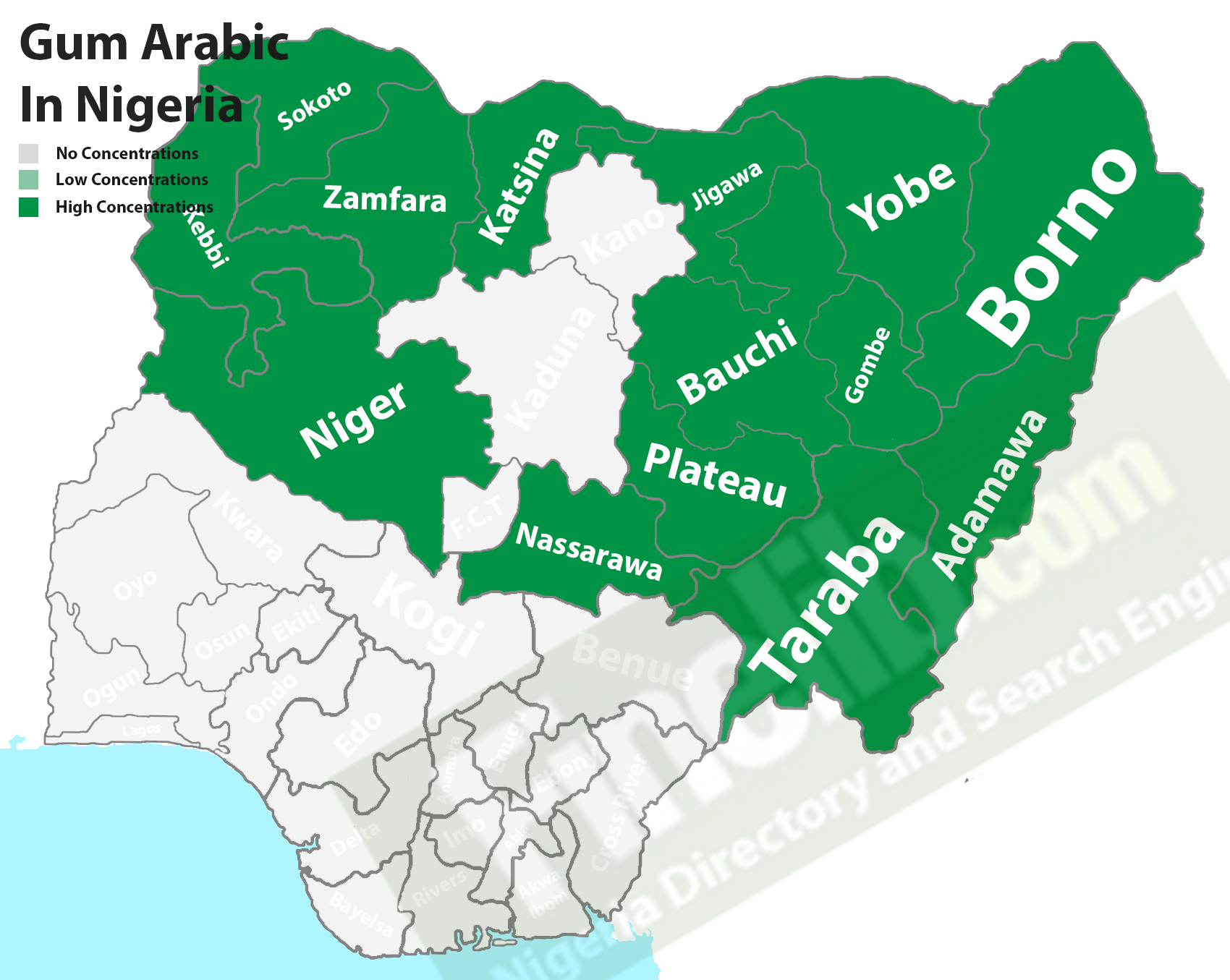 Gum Arabic is known also as Acacia Senegalis, is a natural gum that possesses similar characteristics like natural rubber and is composed of hardened sap of various species of the acacia tree.

Polysaccharides and glycoproteins are the primary compositions of Gum Arabic and the main source of ribose and arabinose sugars.

Like some other plant trees such as banana, it is also a perennial tree and is mostly found growing wild in large commercial quantity in the northern parts of Nigeria.

It take it about 4-5years to mature, and when it finally does, just like the process of collecting latex from rubber tree, the tree is pierced or cut with a sharp metal such as knife from the source of the gum to bring out whitish sticky sparkling substances which is collected and processed to any desirable use.