Sorghum Cultivation And Its Producing States In Nigeria

Sorghum (Sorghum bicolor) is a grass plant with tiny grains that grows well in warm climates and is widely cultivated in Australia, Africa, Asia, Mesoamerica and India. 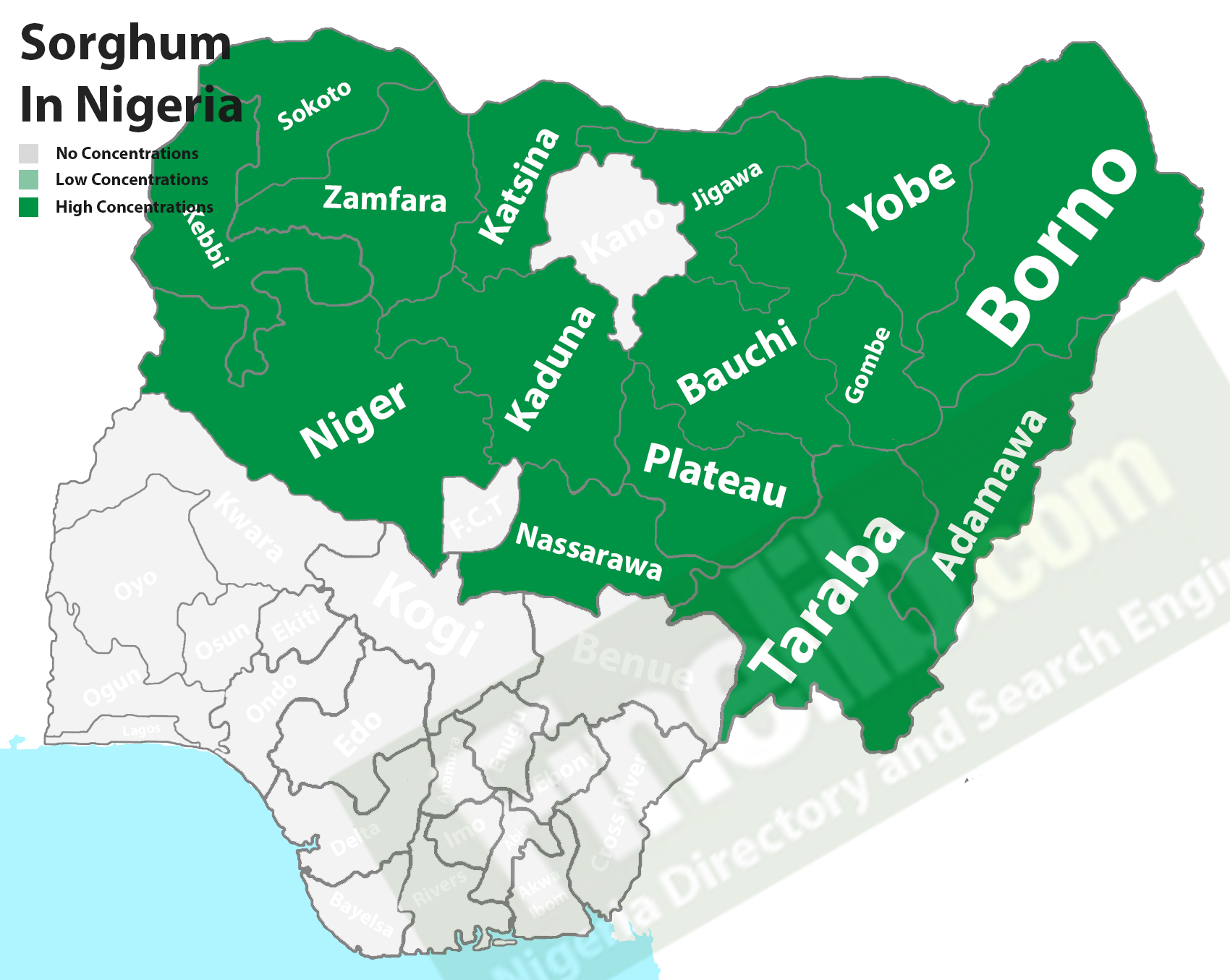 It has several species but only one is grown for grain, others are either cultivated or allowed to grow naturally, in pasture lands and used as fodder plants.

The grain is one of the staple foods for poor and rural people because of its drought-and heat-tolerant nature.

It is nutritional as it contains a range of rich mineral nutrients such as iron, magnesium, thiamin, phosphorous, potassium, copper, niacin, riboflavin as well as calcium.

It has a lot of health benefits which includes:

• Aids in the control of diabetes due to its help in the regulation of the body’s insulin and glucose level.

• Due to its richness in calcium as well as magnesium, it can help to improve and develop the bone, and also prevents certain bone condition like arthritis.

• It helps to boost the energy levels because of the presence of Niacin.

• It helps improve digestion and related issues like constipation and bloating.

• Its quite rich in antioxidants

Its range of applications includes:

• It is used for food and animal fodder.

• Used in the production of alcoholic beverage.

• Is used to make flat breads.

• It can serve as a snack, in the sense that it pops in a similar way to popcorn.

• It is also used for making a traditional corn broom.

• In some countries, it is cooked with rice.

• It is fermented, grinded and processes in drinks such as KUNU, popular in Nigeria.

West Africa has one of the largest cocoa producing countries where Nigeria is the 4th largest global producer of cocoa, which means they are literally behind the 3 first producing states which are Ivory Coast, Indonesia,...

Rubber is one of the agricultural products (cash crop) that Nigeria, West Africa has been known for. The major rubber producing states in Nigeria comes from the southern part of the country, where high rainfall are...