Silver (Ag) Mineral Deposits In Nigeria And Its Applications

Silver Ore Mineral Deposits - Nigeria is one of the few African countries that has silver deposits, though silver is not vastly deposited in Nigeria like other minerals and metals, as it is only deposited in the northern part of Nigeria, namely Kano and Taraba State. 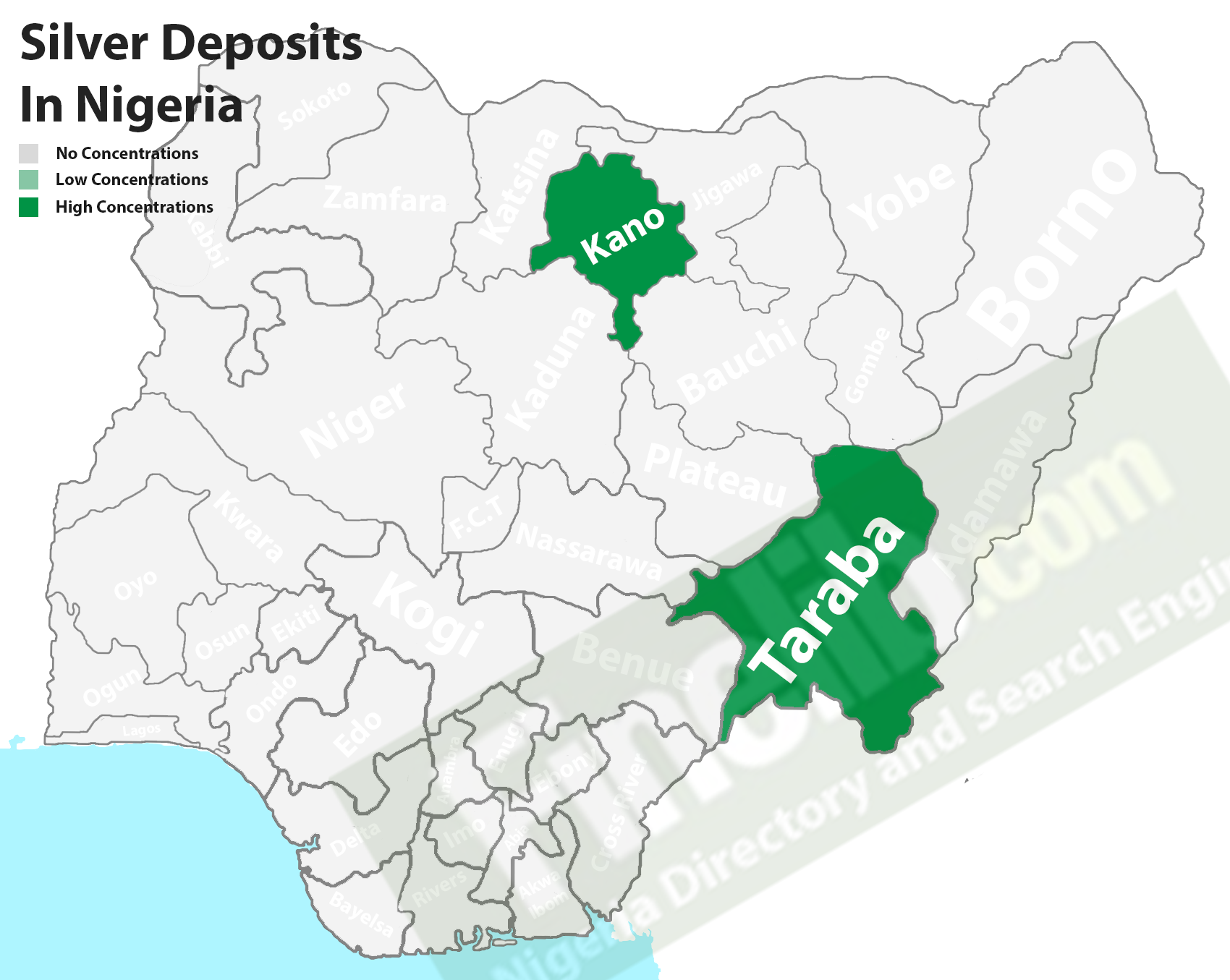 Silver is one of the rare and precious metals on earth, more abundant than gold, platinum, and palladium. It occurs in its pure form naturally as an alloy with gold and other metals and as a by-product of copper, lead, and zinc refining.

Years ago, silver was mined in combination with lead and zinc but with the coming of the Russian scientists in Nigeria, silver in its pure form was discovered in Taraba, though there isn’t any mining or exploration of these mineral resources yet the government is greatly working to make sure that the exploration of this mineral will be of benefit to the state and the people in general.

It is one of the oldest minerals to be mined which have accounted for its long use even before the 4th millennium BC. Silver can be extracted from its ore either by leaching (chemical process) or by smelting, it can also be extracted or produced during the refining of copper using the electrolytic process or liquation process.

Just like copper (Cu) and gold (Au), silver (Au) exhibits the same physical and chemical characteristic of them, and they are in the same group 11 of the periodic table.

Silver has been used for centuries especially in the making of utensils and precious ornaments, as trade and in monetary systems, and other numerous applications in Africa and the world in general.

Salt is one of the most common mineral resources in Nigeria, Africa, and the world in general as it is seen and used daily mostly in cooking and in preservation, and also for its health benefits...

Silica (SiO2) Natural Resources Deposits In Nigeria And Its Uses

Silica in Nigeria, West Africa can be found in Nigerian states such as Kano, Jigawa, Delta, Lagos, and Ondo.  Silica or Silicon dioxide which can also be called silica sand is another natural resource that can be...