Quartzite is a metamorphic rock that is hard with a non-layered appearance; its color is of different shades depending on the type of impurity present, when it's pink or red, there is a presence of iron oxide (Fe2O3) when its yellow, green, blue and orange other mineral impurities except iron oxide is present when it is white or grey, then the quartzite is pure. 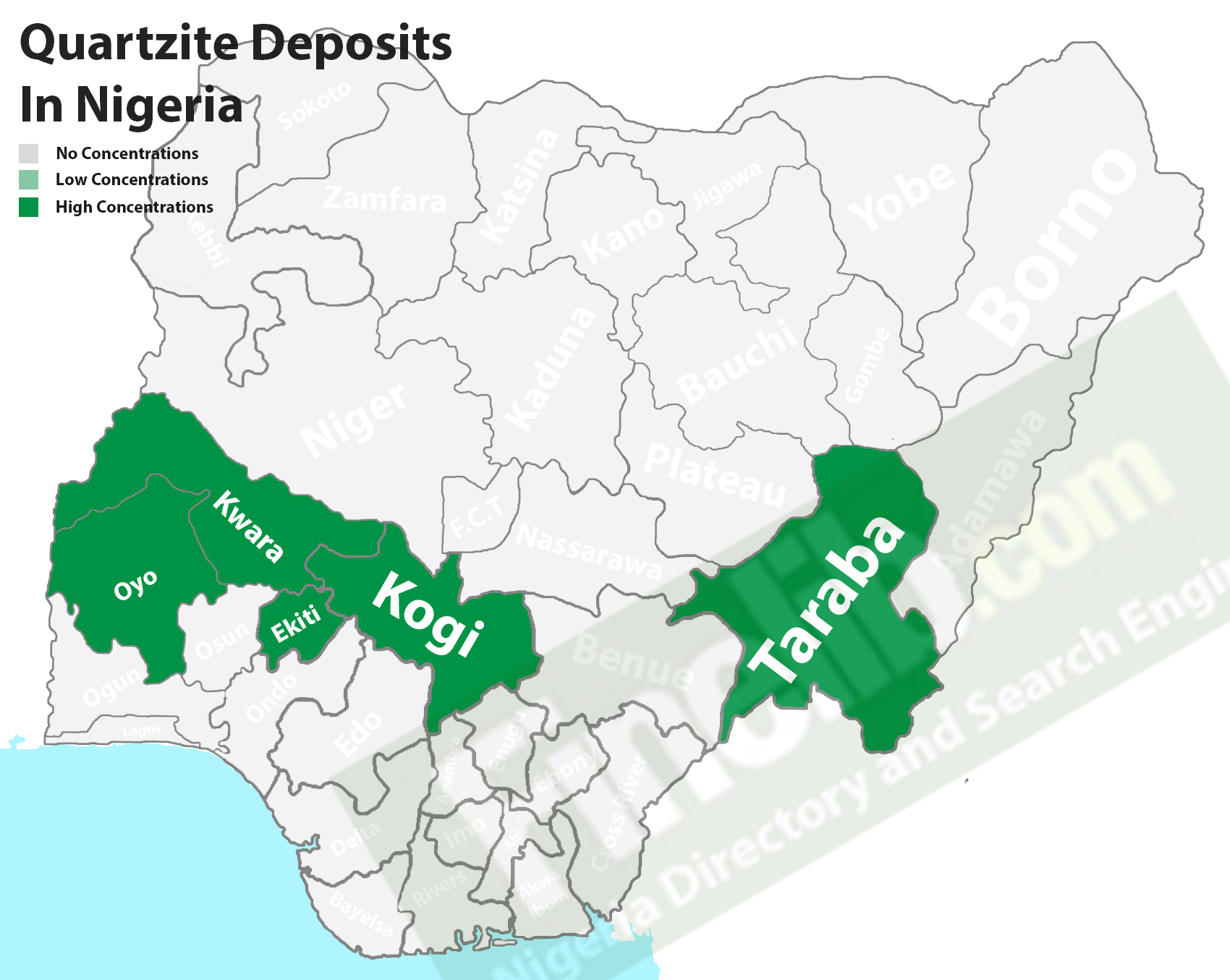 The formation of quartzite starts when pure quartz sandstone is heated and subjected to pressure forcing its conversion into quartzite, the quartzite with individual quartz grains which is cemented to the sandstone begins to recrystallize along with the former cementing material like iron oxide, silica, carbonate, and clay.

Thus forming a mosaic of quartz crystals that are tightly fitted together making the grainy, sandpaper-like surface become glassy in appearance, the streaks, and lenses that form within the quartzite are a result of some of the former cementing materials that migrate during recrystallization and metamorphosis.

There have been mining operations going on in this areas of quartzite deposits in Nigeria such as in Itawure situated in Efon Local Government Area of Ekiti state which has commenced the mining operation of the solid mineral in the state as it will help in the state’s economic development and even in creating of job opportunities.

The word Syenite may not be common like Gold, Copper, and Lead in Nigeria, West Africa but it is one of the naturally found mineral resources that possess almost the same look like granite and can...