Nigeria has an oil shale deposit of high economic value and this is found in Imo (Okigwe) and Abia State, other Africa countries with oil shale reserves include South Africa, Egypt, and Madagascar. 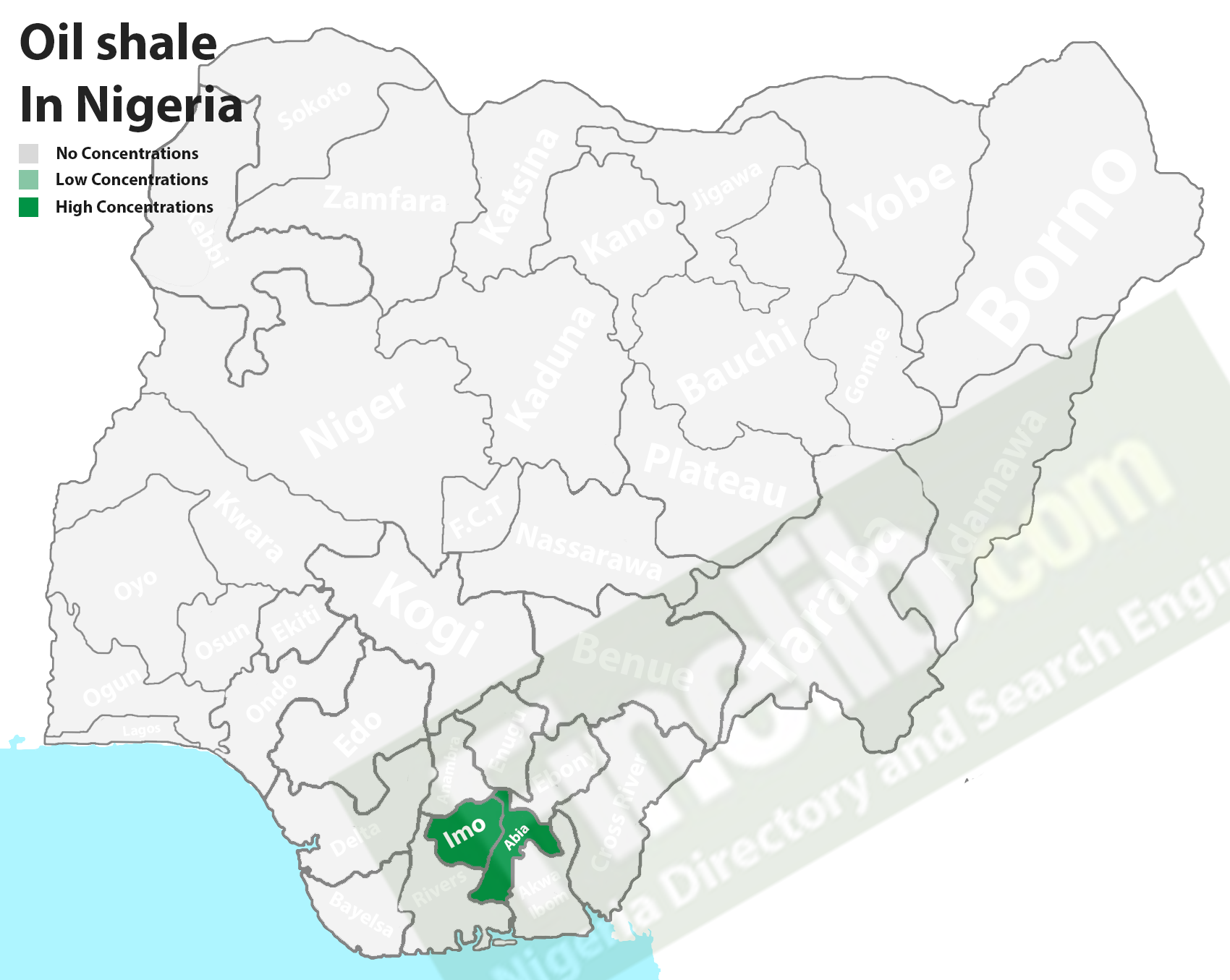 Just like tar sand that has a significant amount of oil-rich bitumen, oil shale also has a quiet amount of oil that can be used to produce various grades of petroleum products.

Oil shale is a kerogen-rich sedimentary rock; Kerogen is a rock fraction that gets broken down when heated, releases hydrocarbons (substances made entirely of hydrogen and carbon), and is the major constituent in an oil or natural gas making the oil shale an oil-producing rock.

This sedimentary rock (oil shale) is composed of an inorganic matrix, bitumens, and kerogen and is formed by the accumulation of decay matters beneath the earth's surface and within bodies of water.

For the extraction of oil from oil shale, the solid hydrocarbons which are present in the rock must be converted to a liquid form, so that they can be pumped.

This is achieved by using a heating process called retort, where the rock is subjected to a relatively high temperature to separate the liquid and make it easier for collection.

The oil shale reserve in Nigeria, Western Africa remains untapped because of the large deposit of the conventional oil wells (crude oil), and unlike crude oil that used the process of fractional distillation, oil from oil shale can be gotten by the process of hydraulic fracturing.

•  The resultant oil can be used as a substitute for petroleum or natural gas.

•  The shale is used as an additive in cement and art clay products when processed.

Kaolin Minerals - Among the mineral resources in Nigeria, West Africa that can be found in commercial quantity, Kaolin is one of them, it is found in the following listed Nigerian states; Adamawa, Borno, Abia, Delta, Ekiti,...