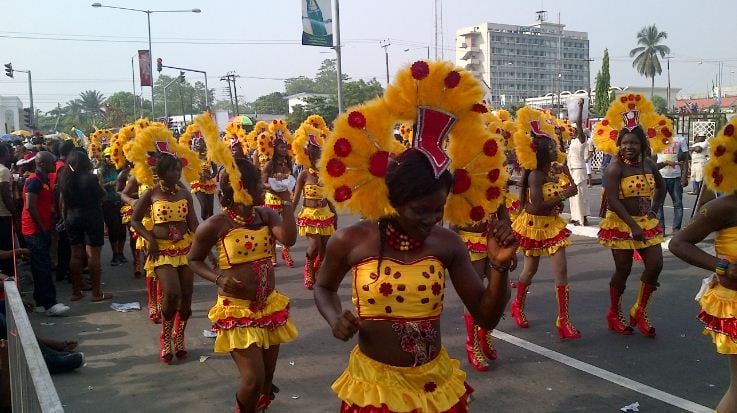 Calabar Carnival & Festival is an annual event also known as Africa’s Biggest Street Party, a special and popular cultural festival that displays African culture and heritage by means of music, dressing, drama and other cultural creativities of talented persons will hold on December 2021 on yet to be announced date by the organizing committe of the festival.

The event normally starts on every 1st December to 31st December but due to the impacts of Covid-19 some little changes have been applied on this date. The festival has improved the cultural aspect of the Nigerian people.

The carnival which is presumed to be the largest in the whole of Africa is highly costumed to reflect the cultural heritage of the people.

The traditional ruler of the state that normally host the festival is known as Obong in Efik language and their cabinets will also participate in this unique cultural carnival.

Traditional title holders and worthy illustrious sons and daughters always partake in the carnival that attracts over two million spectators from various part of the globe who come to watch the great cultural display of this rare kind that is largely covered by so many media industries.

The Obong, his cabinet members and other traditional title holders dress in their traditional regalia to reflect on the cultural carnival.

Calabar cultural carnival is not for only Calabar indigenes and the Efik tribe; it is for all who are lovers of the cultural carnival. Spectators who participate in this unique annual festival are always filled with enthusiasm.

The Calabar Carnival was initiated by Mr. Donald Duke, who was the Governor of Cross River State in the year 2004, the carnival was brought into the state because of the vision he had, which was making the state to be the number one tourist place and hospitality in Nigeria as well as Africa.

This year performance at the yearly festival tagged as “Africa’s Biggest Street Party” will include performance of carnival bands such as Seagull, Passion 4, Master Blaster, Bayside and Freedom Bands to name but a few.

The Calabar carnival provides entertainment for millions of people that come annually to Calabar for the carnival and has also boosted the tourism industry for its stakeholders.

The Calabar carnival and festival is unique because the carnival has promoted the unity and pride of Africa through the display and interpretation of African culture. The carnival has attracted foreigners to the country, thereby boosting the tourism sector.

The festival has a day dedicated for international carnival where the foreign artists and celebrities occupy the streets of Calabar. Furthermore the Calabar carnival promotes the preservation of our belief and culture.

Calabar carnival is the pride of Africa heritage and has become Africa number one tourism hub.

Calabar which is also referred to as the Canaan city is the capital of Cross River State in the south southern Nigeria. It was formally named Akwa Akpa from Efik language.

The city is near to Calabar and Great Kwa Rivers including the creeks of Cross River State. Calabar is normally categorised as the tourism capital of Nigeria.

Calabar, which is been blessed with beautiful landscape and natural wonders have been tagged "The peoples paradise".

So therefore, Calabar city is known to be a city of carnivals, a place of tourism and African's biggest party. The  Calabar carnival, since it started the date of the event has been the same timetable.

The major carnival event usually starts in the last two weeks of the Calabar carnival. The carnival is been separated into four parts which includes the following:

Some of the major events featured in the Calabar carnival festival are the crowning of the carnival queens and kings for each band, J'ouvert Band fetes, the children carnival, the Christmas party cultural carnival, the Annual Ekpe masquerade festival and the Mary Slesssor Golf Charity dinner.

The festivals may include music performances from both national and international artists.

This year's event which will hold in December will likely feature some international music artists as well as Nigerian music stars.

The state is also making preparation to host more than 2 million people from 25 countries around the world. It is proudly organised by the Cross River State Carnival Commission.

The Ogwashi-Ukwu Carnival in Delta State Nigeria is an annual festival that was initiated to promote the image of Ogwashi-Uku through culture and dance, ans as well develope their heritage.  The 2020 edition was concluded on the 25th of...

Cape Town Carnival is one of the amazing celebrations in South Africa which excites and brings the communities together to exhibit beautiful artworks, music, and dance. The 11th edition of Cape Town Carnival that was scheduled to... 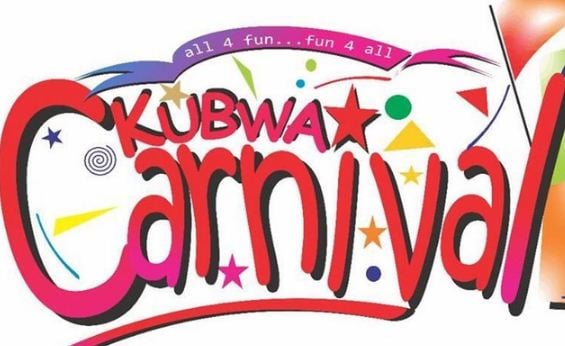 The event is organised by Loyar Acting Capital and it normally takes place before the end of December every year at Kubwa, Abuja FCT Nigeria. Currently, the impact of Covid-19 has affected the usual schedule a...

Finelib.com © 2016 - All Rights Reserved.
Add Your Business
About Us
Contact Us
Review and Help