Tin Ore mineral deposit was discovered in Nigeria, West Africa by Sir William Wallace in the year 1884, who was as of then works with the National African Company. Tin was and is still being produced by the natives of Plateau, Abuja, and Bauchi State.

The estimated Tin reserve in Nigeria is believed and expected to help in the promotion of the country’s economy even without the exploitation of crude oil which has captivated the mind of the government. 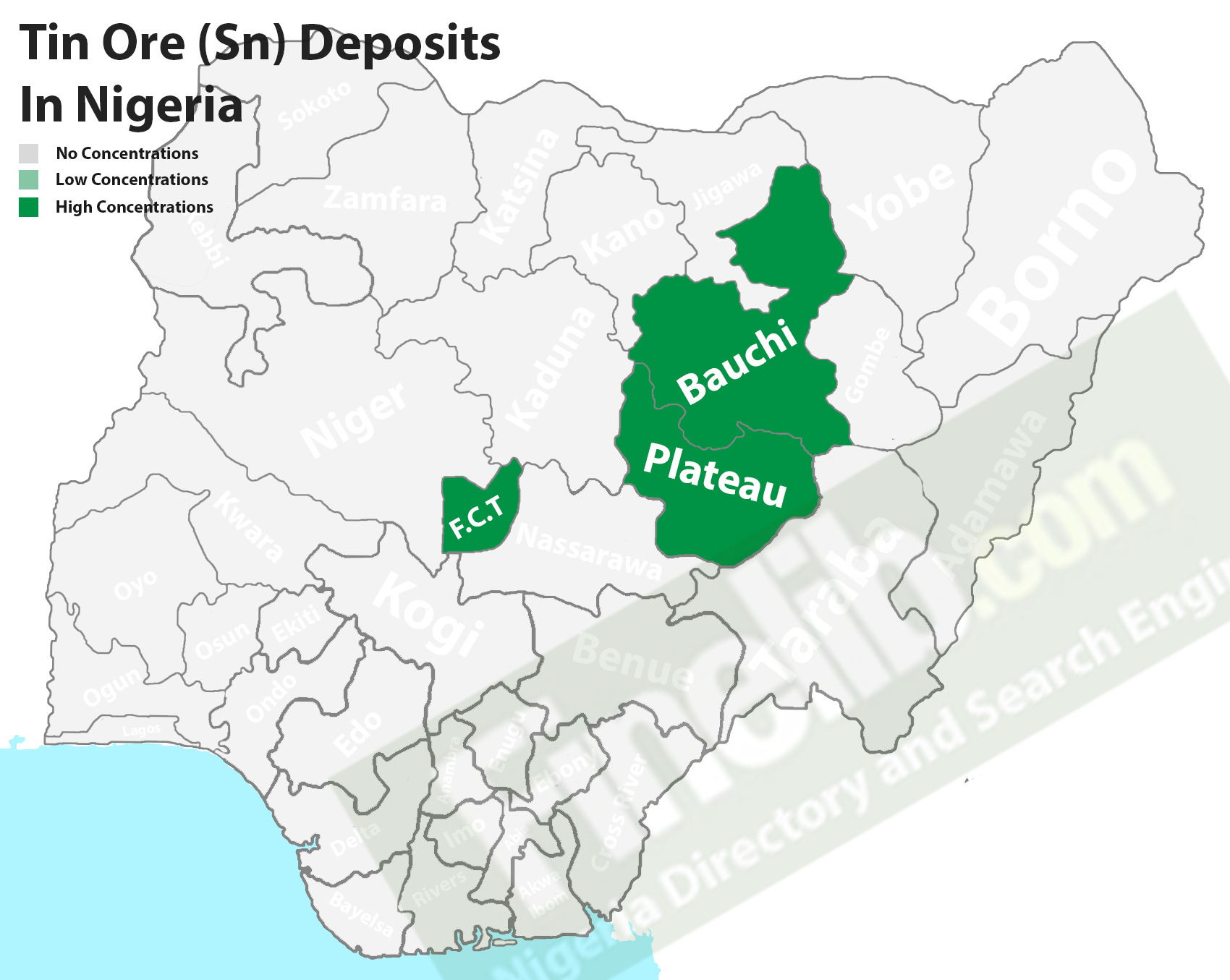 Tin is also known as Cassiterite, Cassiterite (SnO2) is characterized as a reddish, brownish, or yellowish mineral that consists of an oxide of tin mineral (tin dioxide) and is the principal source or ore of Tin.

Tin has a symbol of Sn and is located in group 14 of the periodic table, it is also the main group metal with a melting point of 232 °C and a boiling point of 2,603 °C.

It is opaque in appearance, but semi-transparent in thin crystals; It is characterized as a silvery-white metal that is malleable, ductile, and highly crystalline, in terms of abundance it is ranked the 49th most abundant element on earth.

The mining of tin is not as difficult as some of the natural solid minerals, it's easy because it is mined from the vein containing tin ore. Production of tin is carried out by carbothermic reduction of the oxide ore with carbon or coke.

In the early 1900s, Nigeria was well known in tin mining and was the second Tin producing country in the world, with Russia been at the lead but because of some much distraction by crude oil, Nigeria is currently in the 13th position globally and in Africa, is ranked 3rd with an estimation of 570 Metric tons after Congo DR and Rwanda respectively.

Phosphate Natural Mineral Resources In Nigeria And Its Uses

Phosphate Mineral Deposits - Africa has a wide range of phosphate minerals which are highly concentrated in Phosphate rocks and is found in Nigeria and the states that have the deposits include Sokoto, Abia, Imo, Edo, Anambra,...

Unlike some of the other natural resources and minerals in Nigeria and in other parts of Africa, Titanium deposit in Nigeria isn’t vast as it’s currently found only in Ekiti State. In Africa, the major countries where...

Nigeria is one of the West African countries with Zinc deposits, and the mineral-rich states in no particular order include Anambra, Ebonyi, Plateau, Cross Rivers, Zamfara, Abuja (FCT), Enugu, Imo, Kano, Niger, and Taraba. Zinc is the 4th most widely...