Salt is one of the most common mineral resources in Nigeria, Africa, and the world in general as it is seen and used daily mostly in cooking and in preservation, and also for its health benefits to humans. Salt is of different kinds such as table salt, sea salt, Himalayan pink salt, red salt, smoked salt, black salt, Persian blue salt, grey salt, etc, but in Nigeria, the most popular is table salt and sea salt.

Salt is found in larger deposits in Ebonyi State whose slogan is " the salt of the nation”, other places of deposits includes Abia, Akwa Ibom, Benue, Cross River, Anambra, Imo, Katsina, and Sokoto State. 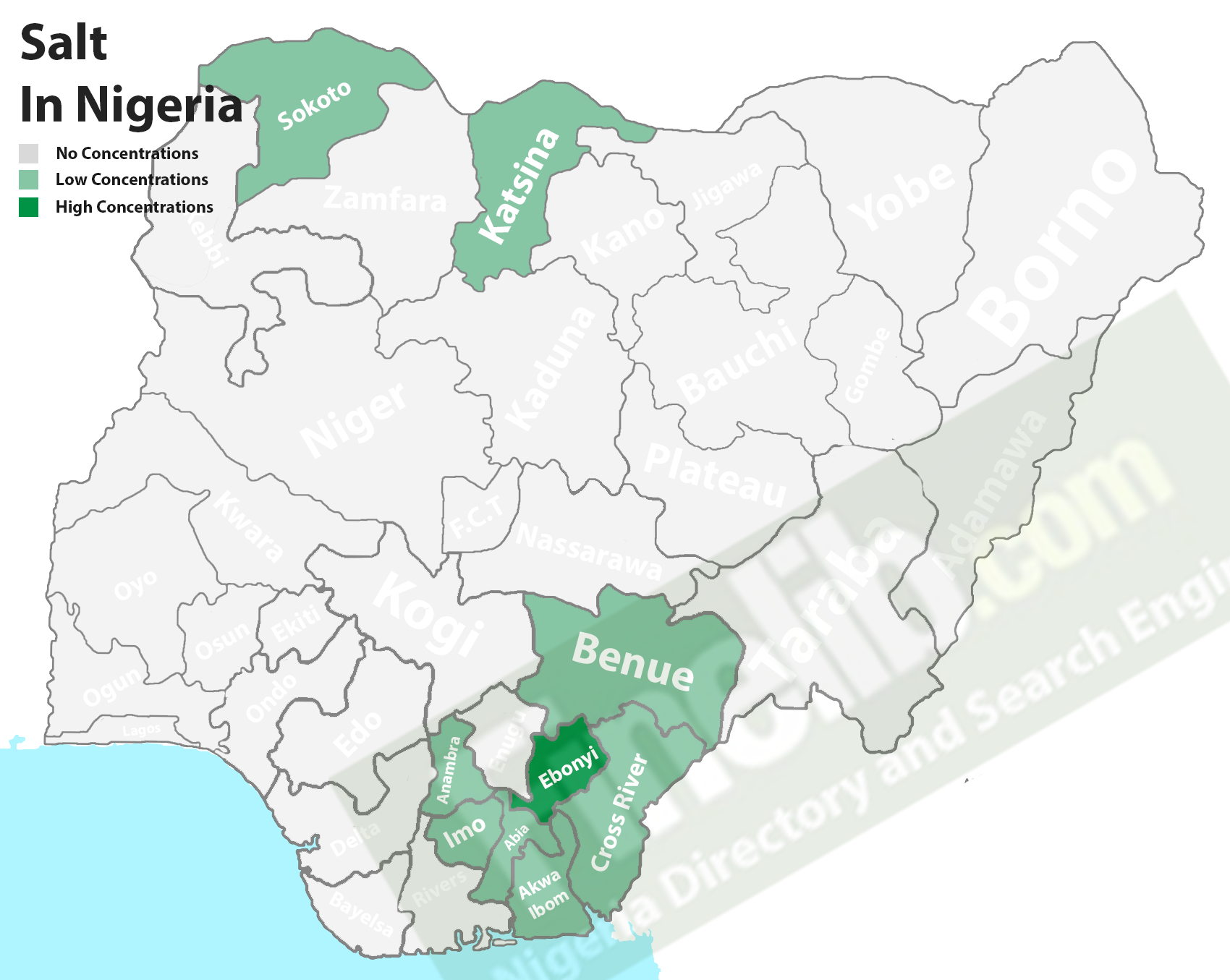 Sodium Chloride (NaCl) which is also known as common salt is the major constituent in salt; it has a boiling point of 1,413 °C and melting point of 801 °C. Salt, also called halite is a mineral that occurs naturally in a crystalline form, it is mostly present in seawater as the principal mineral constituent and is found in large quantities.

The processing of salt is done in the salt mines and begins either by the evaporation of seawater naturally or by brine.

By natural evaporation of sea water, the water is collected and placed in shallow ponds in the salt mines where it is allowed to evaporate with the aid of the sun and the wind during which a salt bed is formed on the bottom of the pond, by Brine method, a solution of salt in water is subjected to electrolysis to get chlorine gas at the anode, hydrogen gas at the cathode and sodium hydroxide left in the solution.

The equation of the brine solution is below;

Nigeria is rich in natural brines just like many other African countries but it is saddening to say that of the rich salt deposit states in Nigeria that the country cannot boast of one salt processing industry and even spends millions of Nigeria in the importation of salt in the country.

It has been proved that even though salt has a lot of benefits, that the health benefits of Celtic sea salt and Himalayan salt are greater. Salt is good for the body and bad too if it is taken in excess as it can cause water retention, heart disease or failure due to an increase in blood pressure. 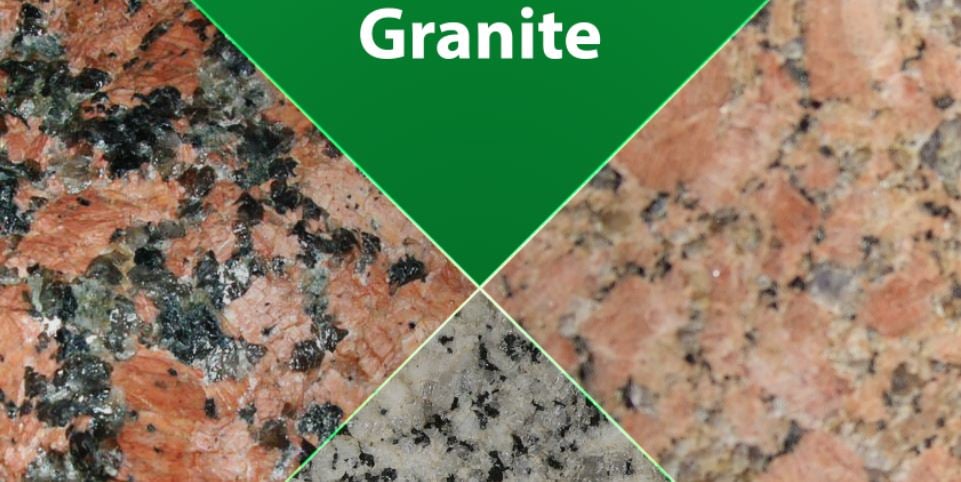 Granite Solid Mineral Deposits In Nigeria And Its Applications

Granite is a natural stone just like limestone and is deposited in Nigeria and Africa in abundance, and its deposition has called for numerous local and international quarrying companies into the country.   Depositions of Granite in Nigeria Granites,...